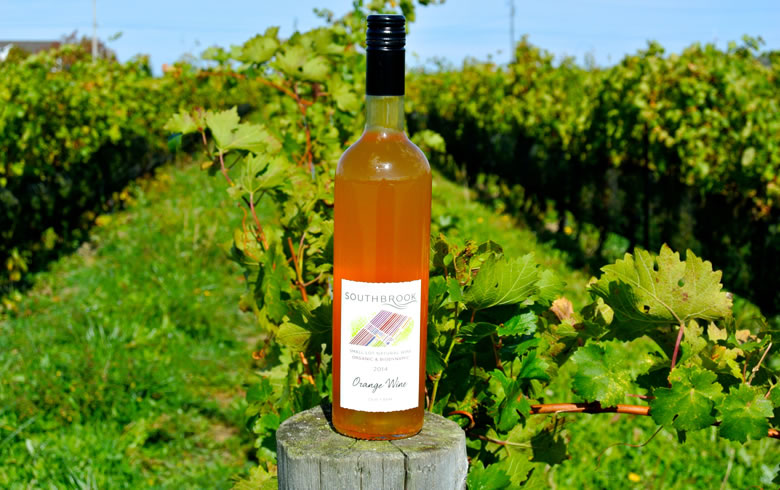 All the Weird and Wonderful

Oh, baby, it’s a wild world. And for a growing number of Canadian winemakers, wild is the new cash cow as they venture farther and farther beyond the tried and true methods of making wine to create something that is, well, beautifully and wondrously weird.

And wine geeks are lapping it up.

Only a scant few years ago being a wine baron was such a predictable vocation. Grow Riesling, Cabernet Franc, Chardonnay and Pinot Noir in the right places in Niagara, and, boom, you’re in business. Add Syrah and Pinot Gris to that list in the Okanagan, and, boom, you have a well-rounded portfolio. In Prince Edward County it’s Pinot and Chard, that’s all you really need, right?

Hang on, not so fast.

There is a primordial shift occurring across the wine regions of this nation that cannot be ignored. No longer can you get by on the same-old, same-old.

You need some boom-boom, more intriguing arrows in the quiver, if you want to capture the taste buds of an ever-growing geeked-out segment of wine lover, weaned on the Brett-infused, hopped up and psychedelic world of craft beer, who crave something new and completely off-the-wall different. They don’t want smiles. They want giggles. They want to be blown away, weirded out, with whatever kind of funk you can throw at them.

A surprising number of winemakers are only too happy to oblige.

“We’re trying to provoke a conversation,” Hinterland Wine Company’s Jonas Newman tells me as we sip fresh crushed Gamay straight from the tank at his winery in Prince Edward County winery.

Jonas, winemaker and co-founder of Hinterland Wine Company, acknowledges that finding an identity in a crowded market is the first priority for a young industry. He and his wife Vicky Samaras chose sparkling wine — from traditional bubbles, to charmat, to the ancient method (that pre-dates Champagne) of ancestral — to establish their identity. “But there will always be room for the kink,” Newman says, “as long as we are honest about it.”

That “kink” for Newman comes in the form of his Hinterland Ancestral, a vintage-dated sparkling Gamay with a cult-like following that clears the shelves nearly as quickly as the winery makes it.

Named for the original method of making sparkling wine, the ruby-hued Ancestral is produced using similar techniques first employed by the monks of Saint-Hillaire abbey in 1531 and is the tradition most famously implemented in Jura mountain region of Bugey-Cerdon in eastern France. The carbon dioxide is captured during primary fermentation, which produces a lightly spritzed, sweeter sparkling wine that’s lower in alcohol. 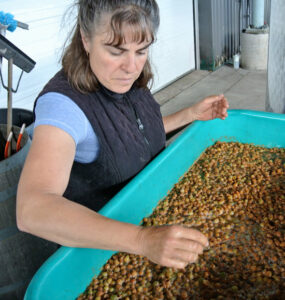 Bella Wines, on the Naramata Bench in the Okanagan Valley, wild ferments his organically grown, single-vineyard Gamay Ancestral and uses no sulphur. It is essentially an early-pick Gamay with sparkle; an austere, pure, fresh, tangy and intense wine that is as true an expression of the vineyard as you can get.

While sparkling wines in Canada are evolving and being reinvented by winemakers, from low to zero dosage wines (no added sugar), to extended lees aging, to pétillant-naturel (pét-nat), to luxurious and decadent bubbly icewines made from Vidal or Riesling or even “ice cuvees” crafted with a shot of icewine added to the sparkling wine, there’s a far greater shift occurring in the edgier wineries which find breaking from tradition (or returning to simpler times, depending on how you look at it) a more attractive and/or adventurous path to take.

Back in Niagara, Southbrook winemaker Anne Sperling is presiding over a carboy of a roiling, gurgling mass of organically- and biodynamically-grown Vidal grapes that are happily fermenting naturally in the warmth of a late fall day.

This is Sperling’s second vintage of “orange” wine, a 100% natural (nothing added, including sulphur) white wine that gets its glowing amber colour from skin contact during fermentation. “For our first batch we wanted to gauge response,” she says. Sommeliers in Toronto were only too eager to jump on board and curious consumers quickly followed suit.

“When you’re talking ‘no additives’ a segment of people get excited. They are looking for something pure,” Sperling says. Only 150 cases of the Southbrook Orange Wine were produced in 2014; that has quadrupled for the 2015 vintage.

“It’s like today’s music,” she says. “With better and better ways to reach niche consumers.”

In B.C.’s Okanagan Valley, one winery has taken the term “niche” mainstream.

The Okanagan Crush Pad, which includes the Haywire, Narrative and Samantha brands (among others), has transformed its entire portfolio into one of the most progressive in the country.

Owned by Steve Lornie and Christine Coletta, with winemaking duties falling to Matt Dumayne, OCP has matured into one of the most exciting self-contained wineries in B.C. dedicated to natural, organic, and pure wines using minimalist intervention in both the vineyard, and winery. What has been remarkable is the determination to turn the OCP brands into 100% organic while using natural methods to craft the wines.

“It has been an amazing amount of work,” says Coletta. “We were like parents of newborns: over-anxious, over-bearing and hovering. Perhaps we are a little more relaxed about the process now and have built up confidence in our conversion process and the outcome.”

As of the 2015 vintage, oak barrels have been fully replaced by concrete tanks and amphorae for fermentation and aging. Sulphur dioxide is also used sparingly, if at all, and no additional additives including nutrients, tartaric, tannins and enzymes are used at all in the winemaking process. All the wines at OCP are wild fermented using only native (wild) yeast that is naturally occurring on grape skins.

That all adds up to a stunning portfolio from stem to stern of some of the most unique wines being made in Canada right now, not the least of which are two naturally-made “orange” style wines, a red and a white called Free Form, with no sulphur at all and no filtering.

Every bottle in the OCP stable has a story to tell, from concrete or amphora aged to natural, organic and wild fermentation. There’s even an “ancient method” sparkling wine made under the Narrative label that is produced using the pétillant-naturel (pét-nat) method that’s bottled during fermentation without filtering, fining and stabilizing to show the more delicate and interesting characters unique to the vintage. 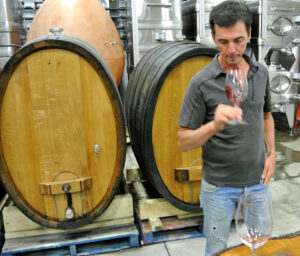 Oh, baby, it’s a wild world, all right, and it’s getting wilder.

Shunned by many of his own peers in Niagara, who argue he doesn’t support the local wine industry, but loved by many outside his own region for the unique approach he takes at the Pearl Morissette Winery in Jordan, Morissette doesn’t have time to deal with all the drama surrounding his style of winemaking.
The truth is he doesn’t really care what his critics think, no, not one bit.

He’s been a pain in the ass for VQA, viewed as a snake oil salesman by many veteran Niagara winemakers and an out-spoken cheerleader for the style of wines he wants to make.

Niagara, for Morissette, is just a place in the world to make his wines for the world. In his mind, his wines have no borders and he’s just as thrilled to sell a couple of cases to some obscure wine shop in Germany as he is getting listings at the LCBO and SAQ, perhaps more so.

He loves the fact that his wines are sought out almost exclusively by geeks, collectors, and somms, either here or in far-flung places where his wines are, shall we say, more appreciated.

I have had more people tell me they dislike his wines then I have heard from fans. Which, to him, is totally cool; he doesn’t make wine for the masses, only to a niche audience that appreciates the nuances and the pure, minimal-interventionist, low sulphur and reductive style of winemaking he employs. It’s not for everyone.

Morissette is an island onto himself. A lone wolf with some crazy ideas that manifest themselves in the wines that he makes. You either dig them, or you don’t. And a lot don’t.

His wines garner a lot of attention, which rankles traditionalists in Niagara to no end.

“Being different is what our industry needs. We need the troublemakers, the misfits, the crazy ones,” a Niagara winery industry person, who remains anonymous here, told me.

“But there always seems to be drama around each one of their wines. It’s not a good or bad thing, just an observance. There’s always a story and a drama around their stuff.

“Oddly enough they have become an iconic winery here in a very short time. And this drama is how it’s been done.”

Only time will tell if all this drama will succeed at the box office, but as long as there are those willing to go along for the ride, the script will continue to be written.

Rick VanSickle is a freelance wine writer who lives in Niagara with his family. When he’s not drinking wine he enjoys hitting the links. And anytime he can combine the two, it’s a glorious thing. He publishes a website called WinesInNiagara.com