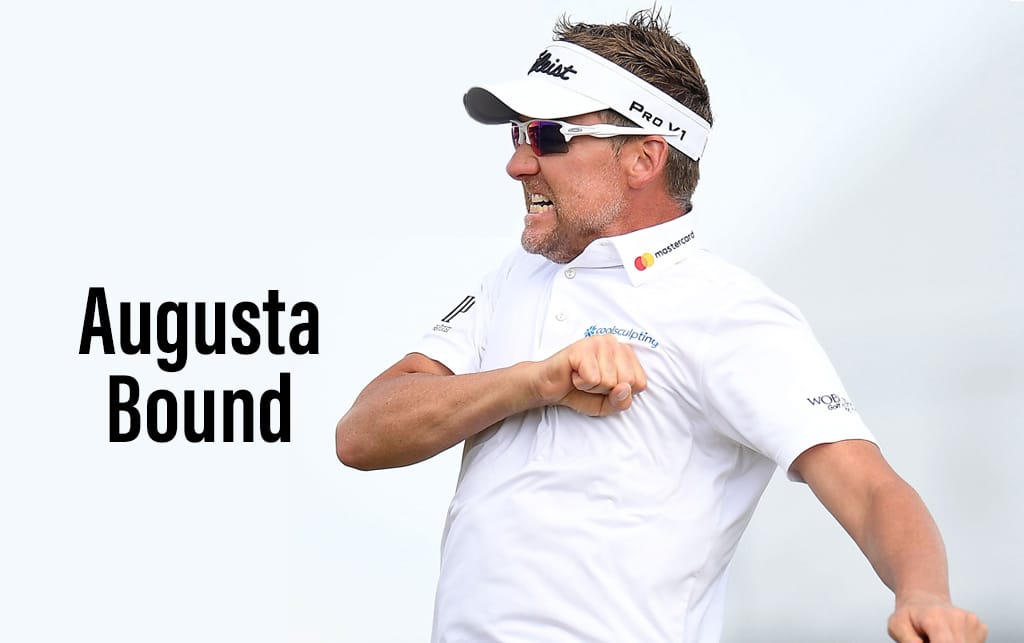 Mostly About the Masters ……and why not! 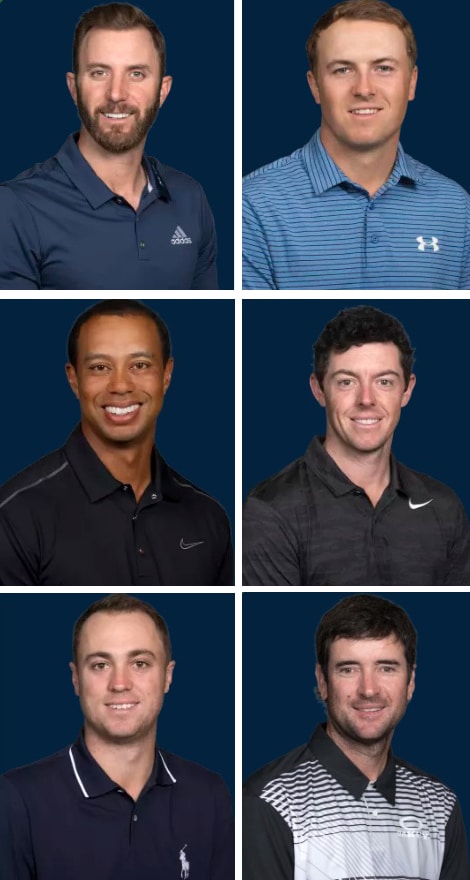 Who will be wearing the green jacket?

The Masters Is Upon Us and we all look forward to it!

Tiger Woods from nowhere to Masters Favorite after a few good showings.

100/1 not that long ago but after a runner up finish at the Valspar Championship and a T-5 at The Arnold Palmer Invitational, Tigers stock shot up faster than the Marijuana stocks on the TSE!  I’m guessing that both go up in a puff of smoke!

I’m thinking that Tiger’s recent play will inspire the cream to rise to the top!  I’m not sure that he will be one of them.

Let’s welcome back to the Masters – Ian Poulter!  He was planning to be there as a commentator but he is much happier being there as a player after defeating Beau Hossler on the 1st playoff hole of the Houston Open. 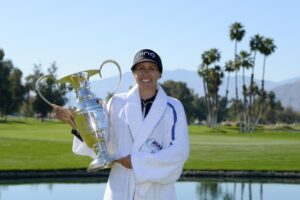 Congratulations Pernilla Lindberg the putting machine!  The final round of last week’s ANA Championship might have been one of the most exciting in the history of the LPGA!  At one time there must have been 10 players within a shot of the lead!  Lindberg was far from the best round of the day, Sunday.  She came in with a 3 shot lead which quickly evaporated.  Down the stretch and into the playoff she made putt after putt and not many of the tap in variety to hang in, finally taking the ANA title and the infamous leap into Poppie’s Pond. In the end she defeated 19 time winner Inbee Park. Jennifer Song was the 3rd member of the playoff contingent exiting after the 3rd playoff hole, also a non winner to date – her time will come.

It was a long time coming for Pernilla, happy for her to make it to the winners circle.  I know where I am going for putting lessons! J.

2017 Champions Dinner – What will Sergio have served…?

Spanish flavor and then some. An international salad as a starter,  arroz caldoso de bogavante, a traditional Spanish lobster rice, as the primary meal and Angela Garcia’s tres leche cake, for desert. 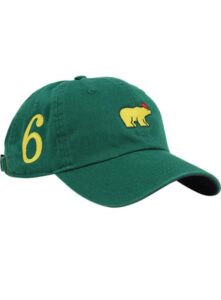 Tribute to a true Champion – AHEAD Announces Headwear Launch Of ‘Jack Nicklaus Majors Collection –
Coinciding with the kickoff of the 2018 golf season, AHEAD today announced the launch of its new Jack Nicklaus Majors Collection. In partnership with the Nicklaus Companies, the new headwear collection features four caps created as a tribute to the game’s most decorated champion with 18 major titles.

Now available for purchase online, the Collection’s cotton caps feature the iconic Golden Bear logo on the front and all four are available in different styles and colors – Georgia green, marigold, black, and tan. The caps themselves are a nod to Nicklaus’ impressive career record as a major Championship winner. In addition to his six Masters’ titles, Nicklaus won five PGA Championships, four U.S. Open Championships and three Open Championships.

AHEAD’s complete line of Nicklaus headwear, including the new Majors Collection, are available for purchase at the company’s online shop –aheadusashop.com/collections/jack-nicklaus. 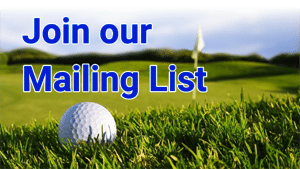 Big Dog, Tim Baines, is a sports columnist with Postmedia in Ottawa, mostly covering football and golf - two of his biggest passions. He's been with the Ottawa Sun for 30 years. An adventurous type, he chases his golf ball around, sometimes visiting rarely seen corners of the golf course.
Follow Tim on Social Media!
Twitter: @TimCBaines
Facebook:@tim.baines.52

Little Dog, Claudio DeMarchi, is the Traveling Golfer, 10 hndcp that loves to travel to play. A bit of a wino, foodie and animal lover. He has been a part of the Canadian golf industry since 1989. For the past 6 years his company, Lakeview Productions Inc., has been the North American representaitve for IAGTO (International Assoc. of Golf Tour Operators), the global tourism organization for the golf industry. Lakeview Productions Inc. is a destination marketing company with a passion for golf.
Follow Claudio on Social Media!
Twitter: @Travelin_Golfer
Facebook: @TravelingGolfer
Instagram: @travelinggolfer23